Posted by Sassine And Marwa El Nabbout at 5:24 AM No comments:

PRAYER is not a "spare wheel" that YOU PULL OUT when IN trouble, but it is a "STEERING WHEEL" that DIRECT the RIGHT PATH THROUGHOUT LIFE.
Posted by Sassine And Marwa El Nabbout at 5:22 AM No comments:

"Not according to our sins does He deal with us, nor does He requite us according to our crimes.For as the heavens are high above the earth, so surpassing is His kindness toward those who fear Him." Psalms 103
Posted by Sassine And Marwa El Nabbout at 5:21 AM No comments:

"Beloved: We did not follow cleverly devised myths when we made known to you the power and coming of our Lord Jesus Christ, but we had been eyewitnesses of his majesty. For he received honor and glory from God the Father when that unique declaration came to him from the majestic glory, "This is my Son, my beloved, with whom I am well pleased."" Second Letter of Peter 1,16-19.
Posted by Sassine And Marwa El Nabbout at 5:20 AM No comments:

PRAYER is not a "spare wheel" that YOU PULL OUT when IN trouble, but it is a "STEERING WHEEL" that DIRECT the RIGHT PATH THROUGHOUT LIFE.
Posted by Sassine And Marwa El Nabbout at 5:39 AM No comments:

"Not according to our sins does He deal with us, nor does He requite us according to our crimes.For as the heavens are high above the earth, so surpassing is His kindness toward those who fear Him." Psalms 103
Posted by Sassine And Marwa El Nabbout at 5:38 AM No comments: 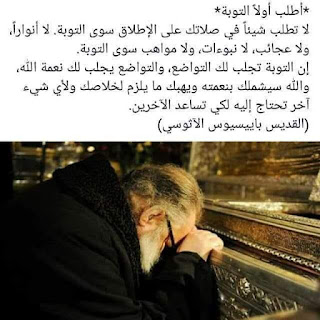 Posted by Sassine And Marwa El Nabbout at 7:56 PM No comments: 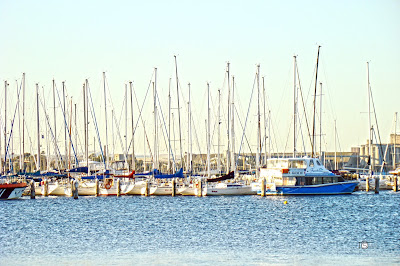 I have been thinking lately much about life, death and eternity. It is a vast subject with lots of ideas and complexity.I tried on my own but it didn't seem to work, until I asked for help through praying. I was given the example that can simplify it.Thinking of the human being a body and a soul, I imagined that the body is a boat that the soul is going to use, to move from a border to another. As you are sailing through the sea of life, one devil or more jump on board, obviously after succeeding in selling you some of their products. Then they will invite more in. You will try to get rid of them by yourself, then more will come in. They will convince you to follow the stream (live as you only live once, why to do it the hard way). Their aim is to win your heart, which as soon as they get, they will take control and direct you as they like. With each of their trials, they will remove one by one the screws and nails which are your trust in God. Then they will sink you.Wreckage boats will be eternally burnt as well as the dead souls.The boats that resisted, reached the end and delivered the souls back to God, will stay there awaiting the resurrection, and eternity...
Posted by Sassine And Marwa El Nabbout at 4:12 AM No comments: 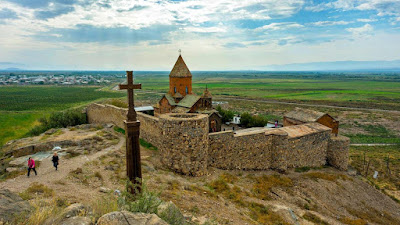 Armenia is a small country in south-west Asia with a population of only 3 million people. But it has a sizable place in spiritual history: most historians believe that in 301 AD, it became the first country in the world to adopt Christianity.Today, around 95% of Armenians are Christian, and the country’s pious history can be traced back through some of its ancient sites and monuments. Credit: Rodolfo Contreras, BBC
Posted by Sassine And Marwa El Nabbout at 5:23 AM No comments:

The people were on both sides of the road singing: Hosanna in the highest heaven".
They are praising a King, that came to His city. A King that is so different form all other kings.
A King that came glorious while his hands were not tinted with blood.
A King that didn't leave behind him orphans, widows, burnt towns or even broken hearts.
A King that didn't have enemies except the little people who were enemies of themselves.
A King that came to His city in simplicity; not in a show of power, but a show of love.
A King that knew why he was there for. And knew in the smallest details, the alliance of some people and the devil.
The kill machine they used, hoping to keep the "earthy" system alive, was a blow to that system, and an eternal life to whoever believes in him...

Posted by Sassine And Marwa El Nabbout at 4:46 AM No comments:

“Didn’t I tell you that if you believe, you would see the glory of God?” John 11:39
Lazarus, a friend/brother. His name means: God has helped.
From the blind man who He made see, to the paralytic who He made walk. Raising from the death after four days, is what is God best at: "creation".
Lots of people believed, and lots were planning in secret to take Jesus down, as he is the eminent enivitable threat to their earthy kingdom.
Lets be the ones who sing in joy tomorrow: "Hosanna!" "Blessed is he who comes in the name of the Lord!"
Posted by Sassine And Marwa El Nabbout at 5:32 AM No comments:

"Look, in this town there is a man of God; he is highly respected, and everything he says comes true." 1 Samuel 9:6
Our Christian life should be a testimony, and an example to everyone (whoever they are and whatever they believe in) around us. They should love God through our love, behaviors, character and of course our acts.
Please Lord, keep us very close to you, and keep us a light (even if too small) in the corner of this world you put us in...

Posted by Sassine And Marwa El Nabbout at 2:23 AM No comments:

His Word the Last Word

A Heart of Compassion

Dave Branon wrote: Seven of us were attending a musical production at a crowded amusement park. Wanting to sit together, we tried to squeeze into one row. But as we did, a woman rushed between us. My wife mentioned to her that we wanted to stay together, but the woman quickly said, “Too bad,” as she and her two companions pushed on into the row.

As three of us sat one row behind the other four, my wife, Sue, noticed that the woman had an adult with her who appeared to have special needs. She had been trying to keep her little group together so she could take care of her friend. Suddenly, our irritation faded. Sue said, “Imagine how tough things are for her in a crowded place like this.” Yes, perhaps the woman did respond rudely. But we could respond with compassion rather than anger.
As we show compassion, we will be pointing others to the One who poured out His heart of grace and compassion on us. Wherever we go, we will encounter people who need compassion. Perhaps these words from the apostle Paul can help us view everyone around us in a different light—as people who need the gentle touch of grace. “As God’s chosen people, holy and dearly loved, clothe yourselves with compassion, kindness, humility, gentleness and patience” (Col. 3:12). He also suggests that we “bear with each other and forgive one another” (v. 13).
Your compassion never fail, Father. May we mirror Your heart by showing compassion to others.
Posted by Sassine And Marwa El Nabbout at 5:13 AM No comments:

He who orders the sea to calm.He who touched the blind's eyes and made him see.He who ordered the paralyzed to walk and he did.He who said: your sins are forgiven.He who washed his disciples feet.
The same great Lord.
"Anyone who wants to be first must be the very last, and the servant of all." Mark 9:35
Posted by Sassine And Marwa El Nabbout at 3:29 AM No comments: 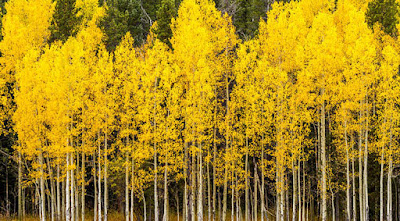 Blessed is the one who perseveres under trial because, having stood the test, that person will receive the crown of life.  James 1:12

Amy Peterson wrote: Last winter while visiting a natural history museum in Colorado, I learned some remarkable facts about the aspen tree. An entire grove of slender, white-trunked aspens can grow from a single seed and share the same root system. These root systems can exist for thousands of years whether or not they produce trees. They sleep underground, waiting for fire, flood, or avalanche to clear a space for them in the shady forest. After a natural disaster has cleared the land, aspen roots can sense the sun at last. The roots send up saplings, which become trees.
For aspens, new growth is made possible by the devastation of a natural disaster. James writes that our growth in faith is also made possible by difficulties. “Consider it pure joy,” he writes, “whenever you face trials of many kinds, because you know that the testing of your faith produces perseverance. Let perseverance finish its work so that you may be mature and complete, not lacking anything” (James 1:2–4).
It’s difficult to be joyful during trials, but we can take hope from the fact that God will use difficult circumstances to help us reach maturity. Like aspen trees, faith can grow in times of trial when difficulty clears space in our hearts for the light of God to touch us.
Story from Our Daily Bread.

Posted by Sassine And Marwa El Nabbout at 6:02 AM No comments:

One day, a man stopped in a flight center, and was looking for a sea trip. One of the employees asked him: where would like to go. The man said: I am not sure. The employee showed him the earth map and asked him to look into all the trips they do around the world. The man said: is it all what you have?!
"The eye never has enough of seeing, nor the ear its fill of hearing." Ecclesiastes 1:8

Our world is full of beautiful attractions, that we can enjoy or I would say we should enjoy, except the attraction to sin.
Lots of beautiful things exist in this world. But beware of the the wicked things that will never give you happiness, that will never satisfy you, and will always ask you for more, control your heart and erase your purity.
The true satisfaction comes only when your heart is full of the Holy Spirit.
Otherwise, and as king Solomon said: "All of it is meaningless, a chasing after the wind." Ecclesiastes 2:17
Posted by Sassine And Marwa El Nabbout at 4:34 AM No comments: 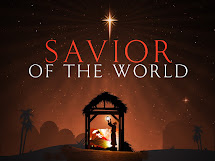